A basic understanding of concepts such as natural resemblance, center of gravity, frontal resistance, and stationary action must be understood to maximize the lure’s fish-catching ability.

Fortunately, you don’t need a Master’s Degree in physics to grasp these concepts.  In this article we will teach you about all of them in a few quick paragraphs!

“Natural Resemblance” refers to the act of designing something artificial that can imitate a naturally occurring item.  In other words, building a lure that looks and behaves like a living thing (minnow, crawfish, etc.).

Examples of natural resemblance have been around since the beginning of recreational fishing, and examples of the concept can be seen in every tackle box in the world – lures look like frogs, worms, slugs, maggots, mice, etc.

Consequently, when the lure is attached to a fishing line and retrieved through the water, it lacks realistic motion.  To combat this, tackle makers design lures that imitate bait in motion.

One tackle maker way back in the day, Herb Reed, recognized this trend and created a lure that imitated the erratic motion of wounded baitfish.

At rest, the lure doesn’t look anything like a baitfish; however, when tugged quickly through the water, the lure mimics a wounded baitfish exactly!  The lure was a big hit and eventually sold commercially under the name Slug-Go®.

A good rule when designing lures is to try and make it resemble a living thing while at rest and when in motion.  Very few soft types of bait can actually do this.

So, let’s get into the design characteristics.

Understanding where your lure’s “center of gravity” is will help you design a winning lure that runs true and rests appropriately.  Ideally, the center of gravity of any lure would exist along the same vertical plane as the line and hook, and below the horizontal plane of the hook’s eye (Figure 1 below).

This will guarantee that the lure will remain upright and straight while at rest and during a retrieve.

Alternatively, you can move the center of gravity by weighting the lure and thus produce interesting lure action and suspension angles.   This is common among hard bait anglers who occasional add weighted tape to a section of the lure to force it to perform unique actions.

It is easier to drag a cone through the water nose first because the nose is smaller and thus meets less resistance.  When associated with fishing lures, it means that if your lure has a huge nose, it will be harder to pull it through the water.

Aside from making you crank your reel a little harder, this doesn’t mean a whole lot to the average angler until we consider what actually happens when a part of your lure meets resistance from the water.

Water resistance is a good thing.  It creates the lifelike movement we want in a soft plastic lure.

When a lure meets water resistance, the water will “push” on the portion of the lure that is widest in proportion to the direction of movement.  This is the property that makes crankbaits work.

When a crankbait is retrieved, the lip “pushes” against the water and meets resistance. That resistance slows down the lip forcing it to dip and thus dive.  The larger the lip, the more resistance it has, and the deeper the dive.

With soft plastics, this principle is not so apparent, unless we consider the tails, antenna, fins, arms and legs.

Let’s look at an example:

A soft plastic shad or minnow typically has a small nose, a larger body, and a flat rounded tail.  The hook goes in through the top portion and out the belly or back, so when the lure is retrieved, the line is pulling the nose through the water (Figure 2).

Because the nose is so small, there is very little water resistance and the water flows right past it.  The next thing the water hits is the flat wide tail.  The tail has a lot of surface area and thus pushes against the water with more force.

Like the crankbait, the water “pushes” back and causes the tail to move (Figure 3).  The movement of the tail causes the overall lure to move.  As the lure is pulled through the water this process repeats, and each time catching another portion of the tail and causing it to move.

The result is a “realistic” looking lure that seems to swim through the water.

You should use water resistance to make your lures move like the lure in the previous example.  Each portion of your lure that meets water resistance will move, thus producing lifelike effects and additional lure action.

The real trick to create a unique lure is to produce an action that has not been done before.

Stationary action has generated quite a buzz in recent years with the promotion of the Walking Worm®, a soft plastic lure that moves without the assistance of the angler.

In a nutshell, stationary action is a lures ability to keep moving without any additional tugs, pulls or bumps by the angler at the other end of the fishing line.  In most cases, the concept behind stationary action in soft plastics is bubbles.

When the lure hits the surface of the water, it traps tiny air bubbles in ridges on its surface.  As the lure falls and rests on the bottom, these air bubbles try to escape.  As they move, they push the lure’s ridges apart, thus causing it to move.

According to some Ichthyologists (fish scientists), stationary action will entice predatory fish to strike the lure.  Fisherman we have worked with tried some of these lures, and didn’t see much difference between those with stationary action and those without.

However, they did notice that if stationary action capabilities are combined with the other concepts on this page, it is possible to make artificial baits that truly “out fishes live bait”.

Well there you have it.  Hope this article helped clarify of few things on how soft plastic baits work.

Now, let’s make your own! 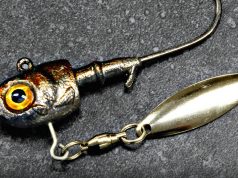 Catch Limits Of Bass On The Herring Head Underspin Jig 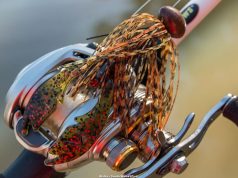 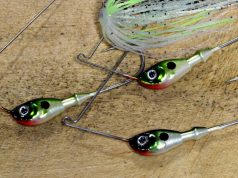