Here’s the scenario; It is fish-thirty in the morning and you are about to take your child(ren) out to soak a worm, and then you suddenly realize you have no bait?

No worries, your solution may be to just look in the kitchen pantry, or stop by a convenience store on your way to the lake.

4 Foods To Use For Bait

I have actually used these and they work pretty darn well!

1. Can Of Corn Kernels (A favorite for trout).

The first time I ever used corn was about 25 years ago when fishing with a buddy for rainbow trout in New Jersey.  We were wading in our local stream, and I was feeling pretty special since I was armed with 4 jars of Uncle Josh Salmon eggs – different colors and flavors – so I was ready.

Then my friend opens a sandwich bag filled with corn and garlic powder – “been sitting in the garage overnight to get good and smelly” he beamed.

I thought he was nuts and went on my way down stream and started throwing my very expensive salmon eggs, and proceeded to not get any bites at all.

I waded back up stream a spell and started to look at my buddy.  He’s tossing one or two kernels into the different currents and watch as they pass over the different holes and stems.  He does this for a bit then finally casts his corn’d up rig where he just threw the kernels.  He repeats for awhile then snags a trout.

He explains how the corn is cheap so tossing them away is OK, and he watches to see if the yellow nuggets disappear fast or move, this he explained meant a trout hit it.

So he knows a trout is there – then he starts to fish that area for awhile. It was a good trick that has served me well.  I read once that trout can’t digest corn, but not sure if that is factual or not (anyone know?).  Preparing the corn is up to you.  You can leave it plain, but onion and garlic powder combined are my favorite.

Salt is always good too.  Someone once told me to use grape kool-aid mix, but I didn’t catch a thing with that – so to each his/her own.

This is kind of a no-brainer for catfish, up there with chicken livers, gizzards, and cut fish.  But, it does work OK. As with most catfish rigs, add some weight applicable to the currents (keep it towards the bottom), and use a longer hook, and just work the mini sausage around so that the end of the link rests on the curve of the hook.  Since these types of meat products are pretty mushy, it helps to keep it on the hook longer.

Dough balls are probably the most common type of human food used as bait.  I know and have met many people who swear by it.  I personally have used it for pan fish, but apparently carp, catfish, and trout go for it too. The “seasoning” is pretty much the same as with corn; salt and garlic are the most common.

Just take the dough and work in the flavor additives, then keep it in the fridge overnight.  As the day goes on, keep it in the cooler if you have it.  If you are wading and its hot outside, admittedly it will become a little hard to work with.  But, in a pinch a good bait if you can’t get to the bait shop.

I include this one on the list, but you’ll need a bag of it – cooked, so as convenient.  You need a wider noodle too, but not like a lasagna noodle.  Egg noodles do the trick and I often have left overs from a dinner.

For Crappie and pan fish, hook up a small float with about 3 feet of light leader with your hook at the end, then run the noodle through the hook a few times and let about an inch hang.  Then cast out and retrieve slowly, just fast enough that there is barely a ripple around the float as you reel in.

Kind of like fishing for Crappie with a jig and float.  Actually, I guess you could use that same set up and just use the noodle as the stinger (teaser). The noodle does provide quite a bit of action, however, it does not endure the strike so you will need to reload often.

But, with the slow retrieve, you never have slack line and can quickly snag the hook set.

How To Select The Proper Fly Rod For Your Fishing Application 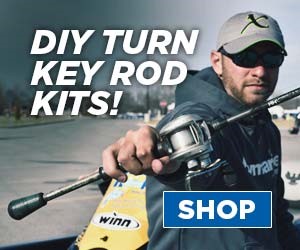 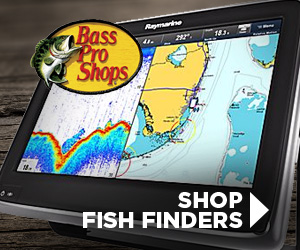 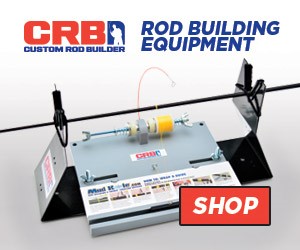 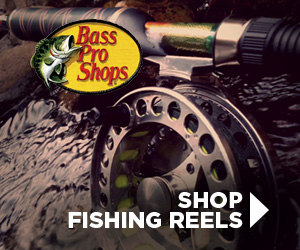 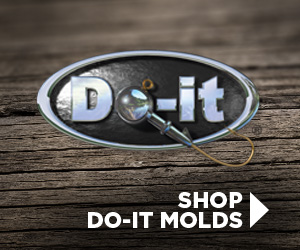